Starting in the Fall, you can pick this awesome new figure to add to your collection of Lightning figures when you pick up your prescription from Walgreens! 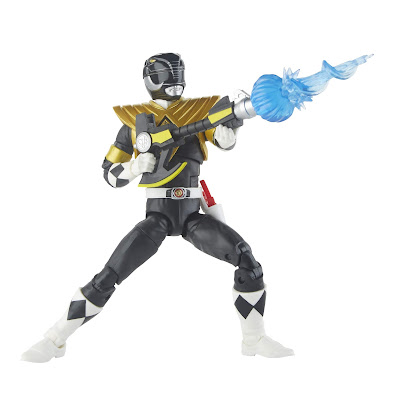 It’s Morphin Time! Introducing a new era of POWER RANGERS collectibles with Hasbro’s all-new POWER RANGERS LIGHTNING COLLECTION 6” Figures!
The LIGHTNING COLLECTION features over two decades of iconic characters from this storied franchise, and Hasbro is excited to bring its own take to this premium line. The LIGHTNING COLLECTION’s highly-articulated, 6-inch figures will have best-in-class detailing and design, and will feature Photo Real technology for realistic actor likenesses. In the MIGHTY MORPHIN POWER RANGERS series, the Green Ranger loans the power of the Dragon Shield to the Black Ranger to help defeat one of Rita’s monsters. The MIGHTY MORPHIN DRAGON SHIELD BLACK RANGER Figure has over 20 points of articulation and includes two different heads that can be swapped—one of the Ranger in his helmet, and another without as Zack Taylor from the original MIGHTY MORPHIN POWER RANGERSseries. The figure also comes a dragon dagger, power axe, power blaster, and an extra pair of hands for more ways to play or display. Look for other collectible figures in this series. Each sold separately.
Available exclusively at Walgreens.