Hasbro has announced its first Power Rangers exclusive for the one of the biggest conventions of the summer and its none other than a Power Rangers Lightning Collection Jason Lee Scott 2-Pack featuring Armored Mighty Morphin’ Red and Zeo Gold!

Both figures include swappable civilian heads, their respective weapons and even include the Power Axe, Power Bow, Power Blades, Power Lance, and Power Sword which can be combined to create the Power Blaster.

This set is an absolute must for fans of the original Red Ranger and completionists who need every Lightning Collection figure alike. 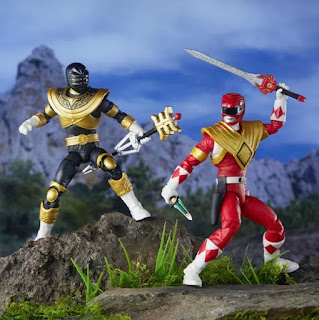 This set may be available on the Hasbro Pulse website in limited quantities after SDCC.