Below is the first look at the upcoming Power Rangers Funko Pop!s. 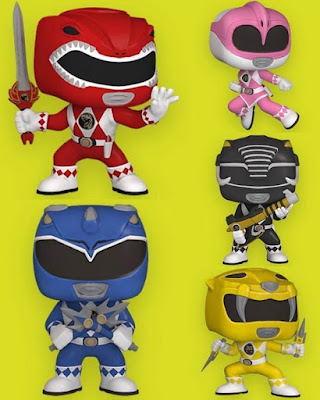 Earlier in the month we posted about a list of upcoming Power Rangers Funko Pop!s. There had been a lot of rumors and fan speculation of what the Ranger Pop!s would be. Some speculated they’d be helmetless versions, others suggested they might be full on civilians, but as you can see from the picture above it’s neither.

It’s the Rangers in action poses and everyone has their signature weapons except for Pink who is just doing a high-kick. To many fans this is an easy pass. No Pink with Power Bow, no deal. For completionists these are must haves.

Are you picking these up when they release? Or are these an easy pass?