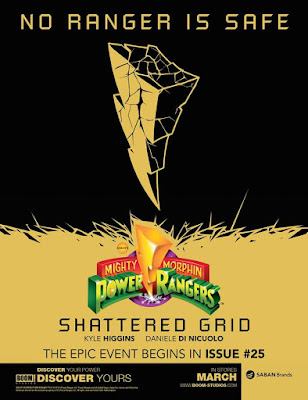 The Crossover is set to feature more teams through different Eras and Dimensions of Power Rangers History.