With Power Rangers' 25th Anniversary being just around the corner, Saban Brands is making sure as many eyes are on the product as possible. This time they've teamed up with Twitch and Hyper RPG to produce a table-top RPG show called "Power Rangers HyperForce". There will be 25 Weekly episodes and the show will premiere on Tuesday October 24, 2017 and will air from 6:00PM to 9:00PM PST.

ABOUT THE GAME:
Power Rangers HyperForce takes place at the Time Force Academy (yay for references) in the year 3016 and follows a team of Time Force Ranger Cadets who must team up to defeat a new threat. Jen Scott will serve as the mentor. The new Rangers will travel space and time to save the world and encountering familiar faces along the way. 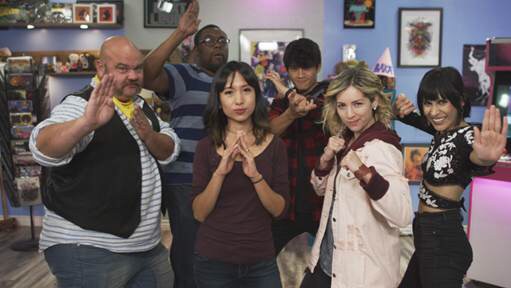 And of course Erin Cahill reprising her role as Jen Scott from Power Rangers Time Force.

Honestly we're excited for this. The idea of Power Rangers D&D has always appealed to us and this is pretty darn close to that. We're stoked to watch it and we hope you are too.