We still can't believe Power Rangers is Turning 25 next year.
Children's programming is so fickle that it's amazing when a show lasts more than a few season, now think of how big a deal it is that Power Rangers has been around for 25.
With three movies, and 25 seasons on the air Power Rangers shows no sign of slowing down.

With the lack of Power Rangers representation at San Diego Comic-Con, it seems like Saban is prepared to remedy that for New York Comic-Con.

Below is the Logo for the Power Rangers 25th Anniversary campaign titled "You've got the Power". 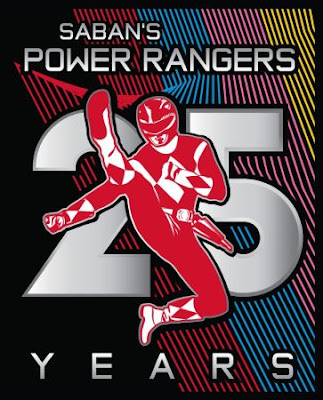 With the logo a few cool things were announced as part of the celebration.


We're honestly excited to see everything that Saban and their partners have in store for Ranger Fans.

I'd personally love if they did a pop-up shop of Ernie's Juice Bar to coincide with the Live Shows. That would add an extra incentive to go to the live shows.