You read that right! They're set to remaster the original Mighty Morphin Power Rangers, Mighty Morphin Alien Rangers, and Power Rangers Zeo comics from publishers such as from Marvel, Hamilton Comics, and Image and they're even planning to do the Papercutz Samurai and Megaforce comics 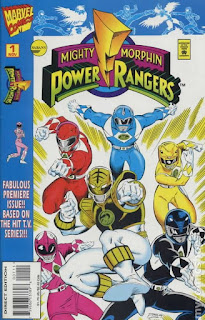 We're hoping the Power Rangers Turbo comics are included too. They had a crossover with the Beatleborgs that will be awesome to read.

There's no specific release date has been set yet, but it will be part of the 25th Anniversary celebration so it's safe to say this archive will be released sometime in 2018.