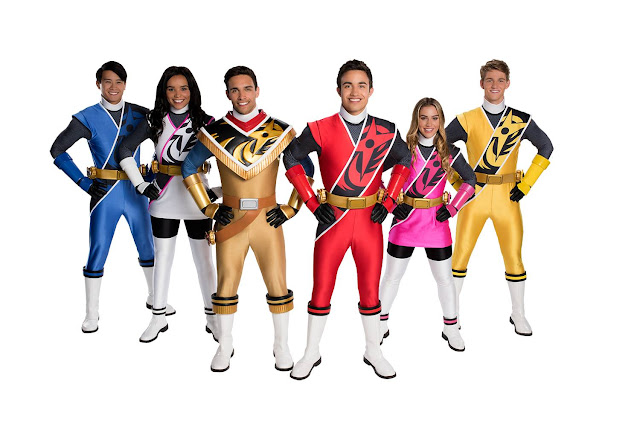 No other details were given, but maybe Saban learned their lesson from San Diego Comic-Con?

For those of you who don't know, the Power Rangers Brand had very little representation at SDCC.
With the exception of a few SDCC Exclusives from Bandai, Power Rangers Legacy Wars being promoted nWay (the publisher of the game), Boom Studio having some variants, and a few of the actors signing autographs there was really nothing else and NONE of that was from Saban Brands.

As fans we care about Power Rangers and their lack of presence made it seem like Saban doesn't which is disheartening, but this is a step in the right direction. Let's hope this is just the tip of the iceberg.

If you're a fan of Ninja Steel and will be at NYCC, please make sure to say hi to the actors!
I'm sure they'd love to meet you!