Well, if you collect both Funko Pops! and Power Rangers, Funko has hit you with a double-whammy.
Funko announced its Exclusives for New York Comic-Con that's taking place in early October.

Among those exclusive there were three that have Power Rangers collectors buzzing.
The first being a Super Sized 6" Dragonzord which is rumored to be a shared exclusive which means that another retailer will also have this Pop! during the duration of New York Comic-Con. The Rumors say that it will be either Hot Topic or Box Lunch (could be both since they're owned by the same company). This specific Pop! will go great with the San Diego Comic-Con 2017 Exclusive Megazord if you were able to get your hands on one.

The other two will be a Glow in the Dark Green Ranger Pop! which is the exact same mold as the standard release except it glows in the dark and a Black and Gold version of the Dragonzord Pop!. Both of these will be exclusive to Toy Tokyo. Toy Tokyo Exclusives are notoriously hard to get a hold of so if these are must-haves for your collection, I wish you the best of luck.

Glow in the Dark Green Ranger 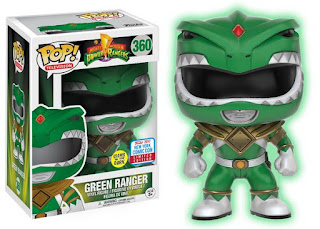 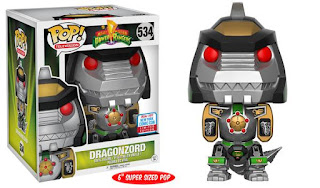 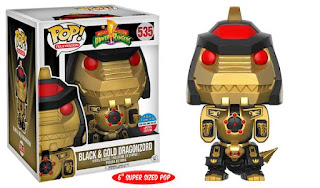