For those of you who aren't in the know, back in May Chrisna from Rangers Live Chat and Joe from That Hashtag Show got their cars locked in a parking garage by a parking attendant who left work early.

We The Geeks of East L.A. and ourselves were along for the ride.

During that night the cops were called and Officer Adrian Carrillo was the police officer who responded that night.

To say he was amazing was truly an understatement. He checked in on us every 20 minutes or so. He made sure we were okay, he offered peace of mind, and at some point brought us water. His kindness radiated from him. He has a great sense of humor and most importantly you can tell he really cared for his community. I got that from just that night of interacting with him. I had the opportunity to speak to some of his colleagues and family. I learned that he was excited to be "YouTube Famous" after we recorded him breaking the lock and freeing us from that parking structure.

It warmed my heart to know that aside from making an impact on us, we made his night a little better.

Officer Carrillo tragically passed away on Monday, August 14, 2017. He may have passed on but he left behind the memories of those he crossed paths with. 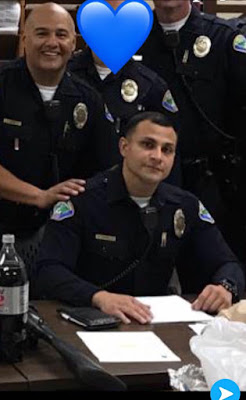 Thank you Officer Carrillo for everything you did. You did a lot more than break us free that night.
Rest In Peace.